December 31, 2021
I wrote this blog regularly for many years, 330 unique posts. Every Thursday I’d post my thinking for the week. I always strove to offer a perspective that wasn’t in the main discourse on a particular issue. It wasn’t left or right or even center – just looking at something from a different angle. There were some really great dialogues that happened with people who appreciated nuance and having a substantive conversation. I never sought for agreement from readers, just a healthy and respectful debate. The election of Donald J. Trump changed the engagement from polite discourse to flame throwing character assination if somebody disagreed. That wasn’t interesting or productive to me, so the blog no longer served its intended purpose. I return to the format because today because it seems to be a good way to explore an issue that I’ve been long committed to, but handled in a thoughtless way. Recently I made a thoughtless comment on a Facebook post that was undeniably racist, and demean
Post a Comment
Read more 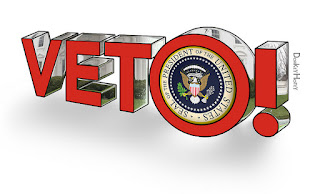 On this day (Aug 11) in 1997 President Clinton used the line-item veto for the first time to cut three measures from an expansive spending and taxation bill. At the bill's signing ceremony, Clinton declared "From now on, presidents will be able to say 'no' to wasteful spending or tax loopholes, even as they say 'yes' to vital legislation."  Groups upset by the action immediately filed suit and on June 25, 1998 the Supreme Court overturned the Line Item Veto – pointing out that the constitution did not give authority to the Executive Branch to amend legislation. The court specifically held the line-item veto violated the principles of the "separation of powers" between the legislative, executive and judicial branches of the federal government. On July 26, 2019 the Supreme Court lifted an injunction  against the border wall spending that had been imposed by a federal district court judge in California and affirmed by a federal appeals
6 comments
Read more

Give me a break!

October 27, 2016
The idiom “give me a break” generally is used when you don’t believe something that has happened or been said. We’ve all muttered the expression a lot lately, especially around the 2016 Presidential race. I am going to use it here more literally. I started this blog in late July 2010. This is the 329 th iteration. At an average of 750 words that’s nearly 250,000 words. To compare that’s about three average mystery novels (at 80,000 words each), much less than the Bible (800,000 words) and nowhere near the IRS Code (4 million words). Originally Craig’s Corner was a way to keep me focused during a long stint where I was without work or income. With gainful employment it has become a welcome respite from the day-to-day tasks. I tend to focus on issues that are interesting to me but not necessarily a critical part of what I do day in and day out. My perspective isn’t unique, but I do look at the word with a different lens. I’ve tried hard not to be part of the echo chamber and been
14 comments
Read more 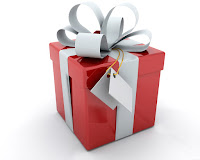 The holidays are right around the corner. It’s a time of reflection, excitement and no matter one’s religious predilections a there’s a tradition of gift giving. Talking about the holidays before Halloween is usually met with revulsion and resistance. This time it’s different. While we can’t grant everybody’s #1 wish – that the 2016 U.S. Presidential election cycle be over – maybe we can do something close.   Let’s give Donald J. Trump what he’s been talking about. I’m wary of adding to the proliferation of commentary on the Grand Old Party’s nominee. But then maybe there’s something to the Trump complaints. Instead of dismissing everything that comes out of his mouth as made up, perhaps we should be doing is more of what he worries about, not less. The more recent complaints from the real-estate tycoon have to do with media bias. All “the media” does is lie, distort and never gives him fair coverage. This same media generated over a billion dollars of free brand and nam
7 comments
Read more 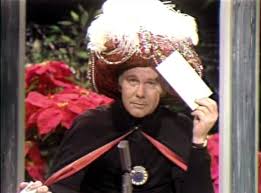 Johnny Carson, the longtime king of late night, had an incredibly popular character Carnac the Magnificent. Carnac would put an envelope to his head and put out the answer. Ed McMahon would then repeat the answer as Carson would then open the envelope and read the clue. Mostly the audience would groan and McMahon would chortle. It was a fun way to take pot shots at pop culture. Talking heads on cable television, columnists and even traditional journalists have taken the predictive focus on the events of the day. No longer is the “who, what, where, when & why” covered in stories. Instead it’s What will happen next? What needs to happen? What does he/she need to do to …? 100 days out from the inauguration of the 45 th President of the United States, I have some predictions of my one. Hillary Rodham Clinton will be the next President of the United States. This isn’t necessarily my personal choice, but all of the statistics, polls, hyperbole and indicators point towards a comfo
3 comments
Read more

Conscientious Voting or Voting your Conscience? 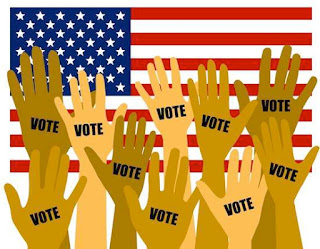 I’ve voted in nearly every election I was eligible to. I’ve always viewed the act of voting as a civic obligation. I do the research on ballot measures and on the candidates up and down the ballot. I’ll skip over some contests if I can’t find enough information. One month out from Voting Day 2016 the drum beat of “vote” is ubiquitous. Perhaps it’s naiveté or a wistfulness to another time that I’d like to think those entreating citizens to vote are doing so out of what’s best overall. The reality is much more practical and cynical: when people beg others to vote – its with the expectation that they’ll vote their way. When progressives say that there’s too much at stake to let Mr. Trump become President so make sure you vote – they’re not actually encouraging people to vote how they believe, it’s a not-so-subtle way of telling people they have to vote for Hillary Clinton. Conservatives likewise see the future of the Republic at stake and entreat you to vote. They too aren’t expect
6 comments
Read more

Legally Blonde is a fun movie and the stage musical version is a hoot. I’ve been in enough legal tangles, however, to know that being in litigation is not all fun and games. As an entrepreneur I had to utilize the system more time than I would have preferred to have contracts fulfilled. Put plainly: I’ve sued a bunch of people. I’ve been sued. I’ve won most but I’ve lost as well. Regardless of the outcome the process is not for the weary. The American civil legal system is something to behold: it’s big, it’s cumbersome, it’s lengthy and it embodies the fundamental philosophy that we’re all equal. A good friend who’s an attorney always reminds me: “It’s America. You can sue anybody for anything.” Thanks to Congress that’s more true than ever before. Congress did something extraordinary this year. It passed legislation during one of the most unproductive sessions in American history. And it did so unanimously . Victims families of 9/11 championed the bill that gives them permissi
1 comment
Read more
More posts